If you want to spend tours in Kyrgyzstan by renting a car, it is obvious that you want to know a little about its history. The history of Kyrgyzstan is the history of a nomadic people, the history of its ups, downs, achievements and the history of the birth of the Kyrgyz nation itself. It was not without difficulties and human losses, and, unfortunately, to say that all this is now, in the 21st century, in the past is like saying nothing. The Kyrgyz have always been an expressive and belligerent people, so the war for them now is something like a return to the past, to the roots of their ancestors, who were used to decide their destinies in fierce battles.

In ancient times, the western territories of modern Kyrgyzstan were part of the historical region of Sogdiana, whose population consisted of settled Iranian tribes related to modern Tajiks. They belonged to the Pamir-Ferghana race (the easternmost sub-race of the Caucasian race, whose representatives are now concentrated in Central Asia, mainly Tajiks and Uzbeks) and professed the religion of fire-Zoroastrianism.

In the early Middle Ages, the Turks entered the territory of Kyrgyzstan. In the 7th century, the territory of Kyrgyzstan became part of the Western Turkic Khaganate. And at the beginning of the 8th century, political power was in the hands of the Turgesh confederation of Turkic tribes, in the middle of the century, these lands were captured by the Karluk tribal union. During this period, the number of cities and other settlements in the valleys of the Chu and Talas Rivers increased. Farmers began to conduct active trade not only with nomadic tribes, but also with large caravans traveling through the Chu River Valley along the Great Silk Road from Eastern Europe to Southeast Asia. And it was at this time that the Kyrgyz people first appeared here. It will be seen during tours.

In 840, the Yenisei Kirghiz, having previously crushed the Uyghurs, formed their own state-the Kyrgyz Khaganate. Now they are beginning to carry out a broad expansion "on the four sides of the world." They make raids on neighboring state formations, pursue the Uighurs defeated by them, invade the lands of East Turkestan and the Irtysh region. Therefore, this time in history was called by scientists "The Period of the Kyrgyz autocracy". It was here and during this period that the first written language of the Kyrgyz people appeared. But nothing can last forever. The Kyrgyz state fell under the well-aimed blows of the conquerors, which led to the loss of writing, but not of people's memory. The epic "Manas", which is unprecedented in volume, is a true encyclopedia that includes historical events, information about the society, customs and everyday life of the Kyrgyz people.

In 1207, the Kyrgyz, who lived between the upper reaches of the Yenisei (in Kyrgyz "Ene-sai" - "Mother River") and Lake Baikal ("Bai Kel" - "Rich Lake"), became dependent on Genghis Khan.

In the 16th century, some Kyrgyz tribes again became dependent on the Mongols, while others submitted to the Kazakhs. For several centuries, the Kyrgyz were at the mercy of certain neighboring peoples. In the middle of the 18th century, the Kirghiz people formed certain tribal relations, which were preserved in the 20th century. At the head of each clan was an elder-aksakal (white beard). The elders of the various clans of the tribe were members of the tribal council. Small tribes were led by Manap chiefs.

At the beginning of the 19th century, the Kirghiz became dependent on the Kokand Khanate, but tried their best to free themselves from the yoke of the Khans; spontaneous uprisings broke out in different parts of the country: in 1842-1843 - in the Issyk-Kul region, in 1845 - in the vicinity of Osh, uprisings of the Talas and Chui Kirghiz took place in 1857-1858, and the largest of them broke out in 1873-1876.

The annexation of the Kyrgyz lands to Russia began in the mid-1850s. Resisting the brutal power of the Kokand khans and wanting to free themselves from this dependence, the Kirghiz tribes, in fact, like many others, willingly and even gladly accepted Russian citizenship, if only to gain freedom from Kokand. So, in 1855 - 1863, the detachments of the tsarist Colonel Chernyaev conquered the territory of Northern Kyrgyzstan from the Kokand Khanate, which was then annexed to the Russian Empire. The outpost of Przhevalsk was founded on the land of the Kyrgyz.

After the defeat of the Kokand Khanate in 1876, southern Kyrgyzstan was incorporated into the Russian Empire as the Semirechensk Region. The democratic movement in Kyrgyzstan began in 1990. In October of the same year, the democratic coalition succeeded in holding elections, which elected the first President of the republic. Academician Askar Akayev was nominated for the post of the first president. On August 31, 1991, less than two weeks after the coup in Moscow, the Government declared the independence of the Kyrgyz Republic. There were also 2 revolutions in 2005 and 2010.

We offer you well-organized tours and great car rent service. 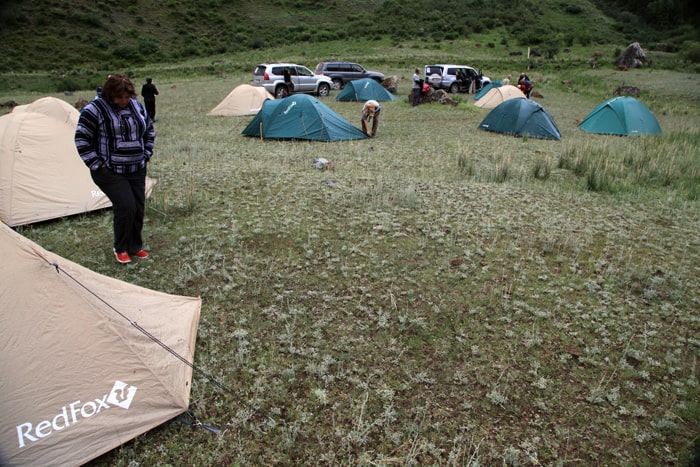