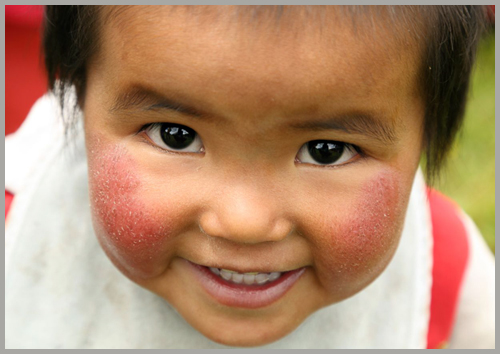 Day 1: Bishkek
The first day in Kyrgyzstan will be totally devoted to Bishkek, the capital of the country. On your arriving there will be a meeting with a guide, driver. After that there is going to be a tour to the city, it takes 30 minutes as the airport is located in 34km from Bishkek. During this Cultural Tour 1 you will be informed about the sites which are going to be seen. Being in the country we advise you to travel along Pobeda Square (Victory Square), Duboviy Park (Oak Park), Central Ala-Too Square, the National Arts Museum, National Philharmonic, and the main aim of a trip - Asian Bazaar. It is peculiar for being the place where various dry fruits can be bought and local people with whom you can communicate. After a long day guests will be taken to the hotel for the night.

Day 2: Bishkek - Burana - Issyk Kul southern shore - Bokonbaevo
he next day you leave Bishkek for Burana tower. The tower is located as the minaret with the history starting since 11th century. For it to be protected from evil spirits there were created stone warriors, also known as balbals. They are along the entire territory of the minaret. Then passing it guests appear in the south of Issyk Kul Lake. The shore stretches for about 200km, nature is more rich here, waters are rather clear and transparent. There are no so many crowds of the people here. Then guests are turning to Bokonbaevo village to see cultural style of the professional eagle hunting tour. Here eagles - berkuts - are hunting foxes and hares. Extremely hospitable people of these territories will accommodate you.

Day 3: Bokonbaevo - Issyk Kul southern shore - Jeti Oguz - Karakol
Leaving the village Bokonbaevo we return to the south of Issyk Kul Lake and go sightseeing there. This day we will visit Jeti Oguz gorge or red-colored Bulls. The legend says the red color is explained due to blood spilled here. Then we are making tours to the closest Broken Heart Mountain and make splendid photos. The next destination of the day is Karakol town. In Karakol you can visit Dungan mosque. It was built by the Chinese architecture, the style is also Chinese. Orthodox Church made of wood is also required for visiting. Having seen all of the supposed all along a route in Kyrgyzstan we are going to one of the offered boarding houses.

Day 4: Karakol - Issyk Kul Lake northern shore - Chon Kemin
At 8 am the day starts with you in the car. We are moving to Issyk Kul Lake, but in this case we travel to the north of it. In the north the shore is about 200km, it is possible to swim here and get a boat cruise. There are a lot of guests from other countries coming here to have a rest. In the end of the day you will be taken to Chon Kemin village, there is a museum here which bears artifacts of previous years and centuries. It is of great recommendation for visiting. This night will be in the home of one of the residents of the village.

Day 5: Chon Kemin - Bishkek
Getting up in the village you will be able to wander about the pastures of it, ride a horse for no additional charge and of course make stunning photos against breath-catching views of panoramas. Guests will see the true life of the nomads, they will totally immerse in their culture. The mountains are the magnets of our country. There are no people who stay indifferent to them. The end of the day will be on the way back to Bishkek, Kyrgyzstan and hotel apartments will be ordered.

Day 6: Bishkek - Airport
Today early in the morning you will be taken to airport.