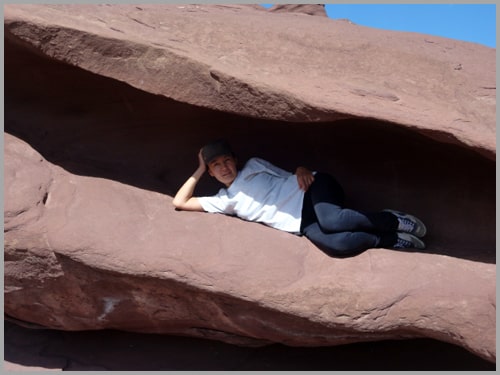 Day 1: Almaty
Upon arrival we are glad to see you in Kazakh Tour 8. Driver will pick you up and transfer to the Southern capital of Kazakhstan. You will start your tour by visiting the Almaty Museum here you will be able to learn the historical background of Almaty. Then you will see the Abai Opera and Ballet Theatre that will strike you by its magnificent design. After it you will visit Park of 28 Panfilov Guardsmen that is considered to be one of the oldest and in the territory of it you can explore Zenkov Cathedral, Memorial of Glory and Eternal Flame. Moreover you will have an opportunity to have an excursion in the Museum of Musical Instruments. Green Bazaar the site that is popular among the towns' people and here you can try your ability to bargain. Later on you will be transferred to Medeo Gorge the altitude of which is 1690 meters above sea level. Here you can witness the famed highest mountain skating rink in the world and the dam. This dam protects the city from the dangerous mudflow. After it you will head on to Shymbulak ski resort area and further to Kok-Tobe hill. You will be able to see the tallest TV tower in the world is located as well as witness the breathtaking scenery of winding mountain road on the park eco-cars. After it you will be transferred to the center of the city by Almaty cableway*. On Tuesdays, in the tour departing at 10:00, cableway is not available. Park eco-cars are used instead. The night is in the hotel.

Day 2: Almaty - Altyn Emel
In course of the Kazakh Tour 8 you will head on to Altyn Emel. Upon arrival you will have a sightseeing tour of famous Singing Dunes that re located in the Altyn Emel National. You will be amazed by the size of this dunes that are reach the height of 120 meters and a length of about 3 km. You will find the sight tours to which are very interesting, in one of the corners of the Altyn-Emel National Park that is located in a few kilometers from the Ili river between the mountains of Big and Small Kalkan. You will witness the scene of pure sand that begins to sing on windy weather. You will be impressed by the sound that resembles the organ music and before the sandy storm it sounds more like a drum. On the top of this dune you will be able to see the magnificent view of the grand panorama of the surroundings. In the south - thin strip of the Ili River is visible as well as purple mountains of Sogety and Boguty, looking out from the white peaks of the Ketmen ridge. On the west the horizon is obstructed by the steep slope of the Big Kalkan and the Small Kalkan - from the east. In the north - violet-blue ridge of Jungar Alatau mountains, Chulak mountain, Matai and Altyn-Emel are visible. The song of the song can be heard in a few kilometers. Overnight is in the hotel.

Day 3: Altyn Emel
Today you will travel to the Katutau and Aktau mountains. Katutau Mountains that is also known as the Harsh Mountains are already very fragile and can breaks under the physical impact. But here you can witness the preserved volcanic outputs. Due to the water, time and wind the rocks got their shapes. In course of the tour you will learn that sedimentary rock of the bottom of the ancient Tethys Ocean is preserved there. Due to the environmental factors, it took form of complicated figures and landscapes. Aktau Mountains that are also known as the White Mountains nowadays are used as the paleontological field. Here in Paleogene layer you can find the remains of ancient animals of 25-30 million years. Here were found remains of the giant rhinos, crocodiles, turtles. You will be impressed by the conical mountains that look similar to the Egyptian pyramids. Overnight is in the hotel.

Day 4: Altyn Emel - Charyn Canyon - Kolsai Lakes
Today you will have a drive to Charyn Canyon. In course of the tour you will have a stop to explore the Ash-tree Grove that is located on the Temerlik River. It is also known as the relict species of Sogdian Ash-tree. Later on you will be transferred to Charyn Canyon that is famed a exceptional natural complex in Kazakhstan but also world. This picturesque "Valley of Castles" appeared due to the wind and sun that is encircled by the fancy towers composed of sedimentary rocks. You will be mesmerized by fancy tower that the nature made. Drive back to Saty village. Night is in the hotel.

Day 5: Kolsai - Kaindy Lake - Almaty
Today you will travel to Kaindy lake that is also known as the Birch lake. You will see this fabulous lake among the picturesque pine forest the altitude of which is about 2000 meters above sea level. During the tour you will amazed by the origin of this lake that appeared by the earthquake that happened in 1911. The landslide blocked the valley and it flooded the valley. During this tour you will see that the water of the lake is very cold and crystal clear due to it you can see needles of the flooded trees that were well preserved. This trees looks like masts of the submarine squadron. Transfer to Almaty hotel for overnight.

Day 6: Flight
Flight to next destination.